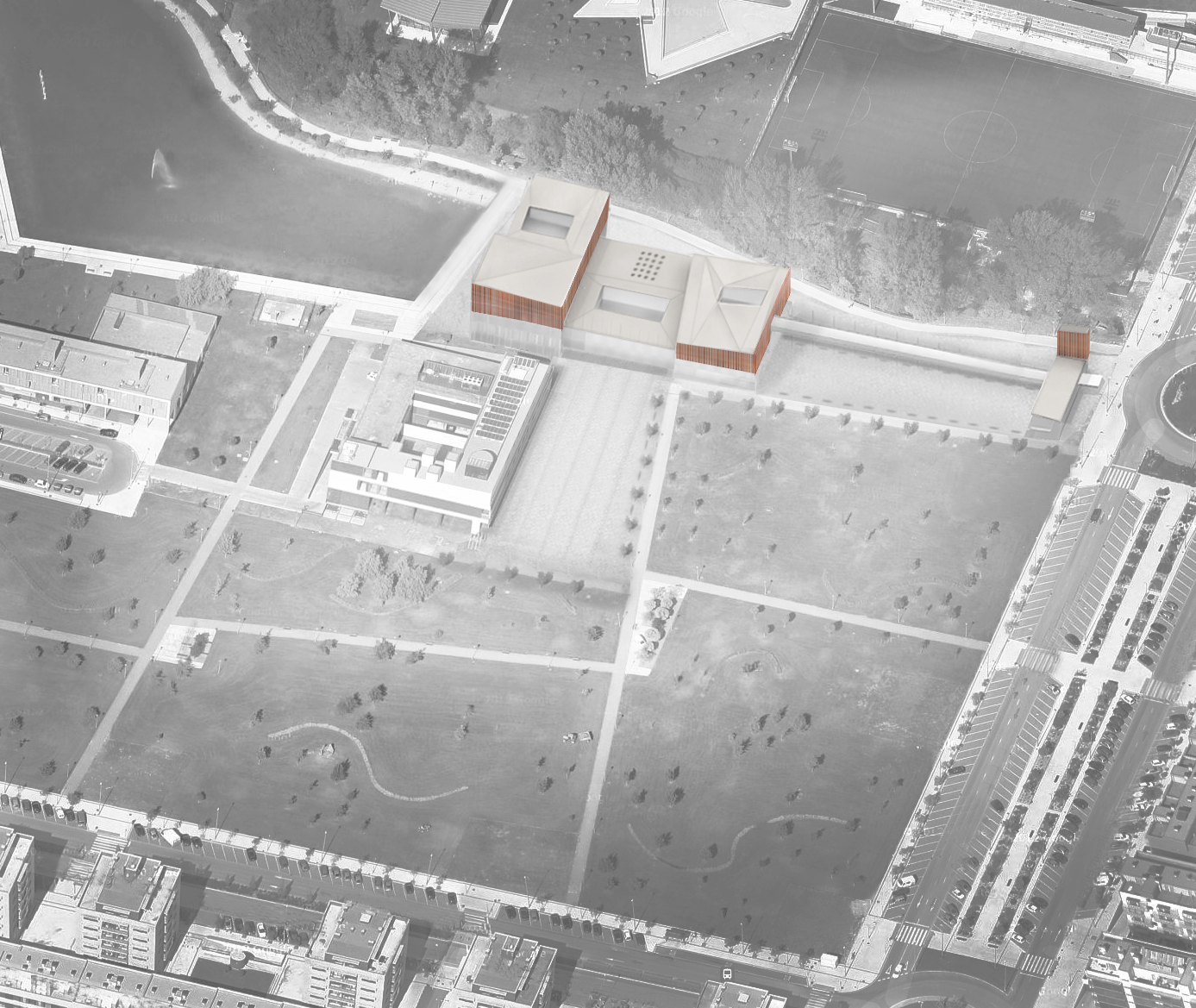 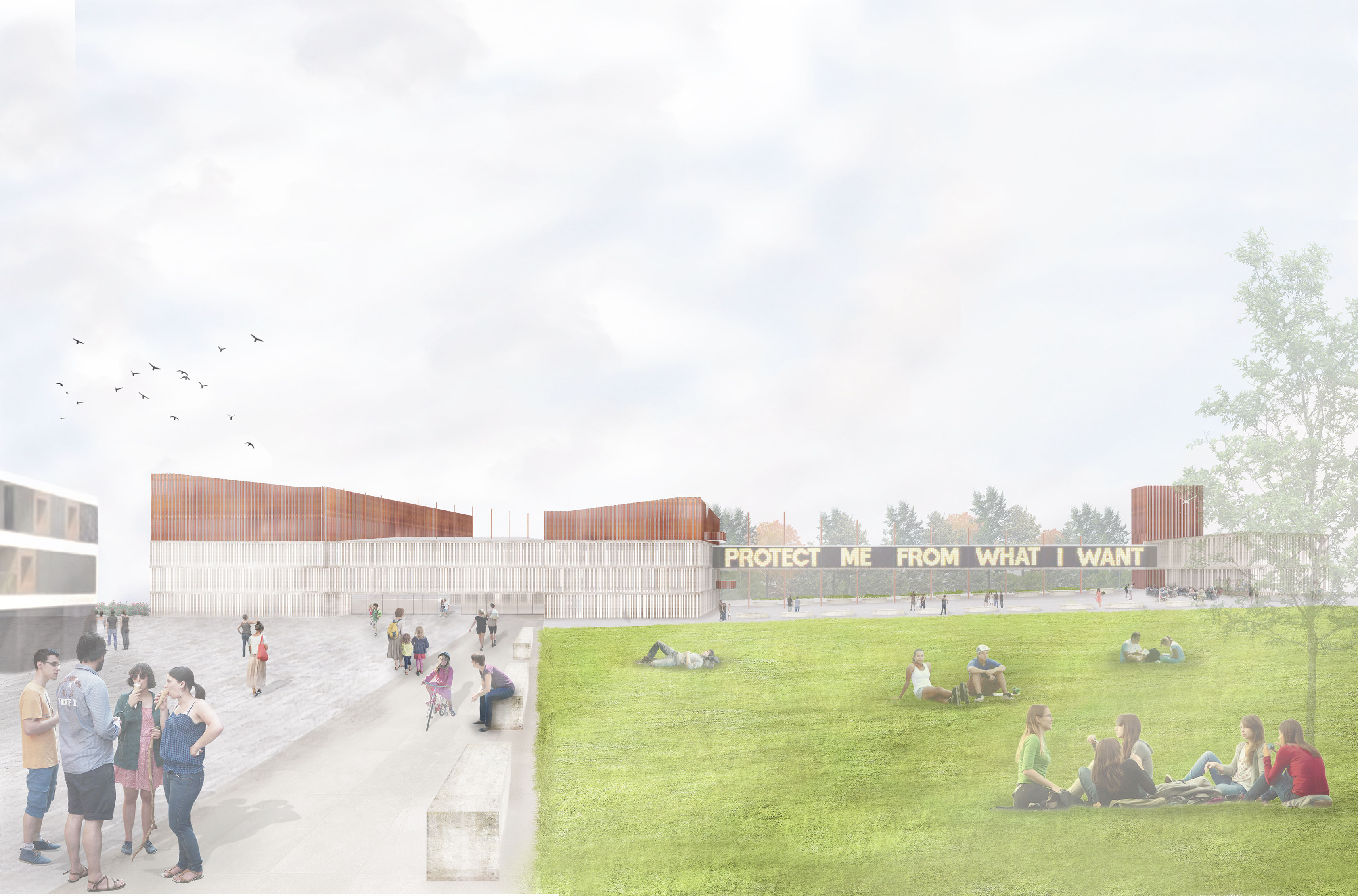 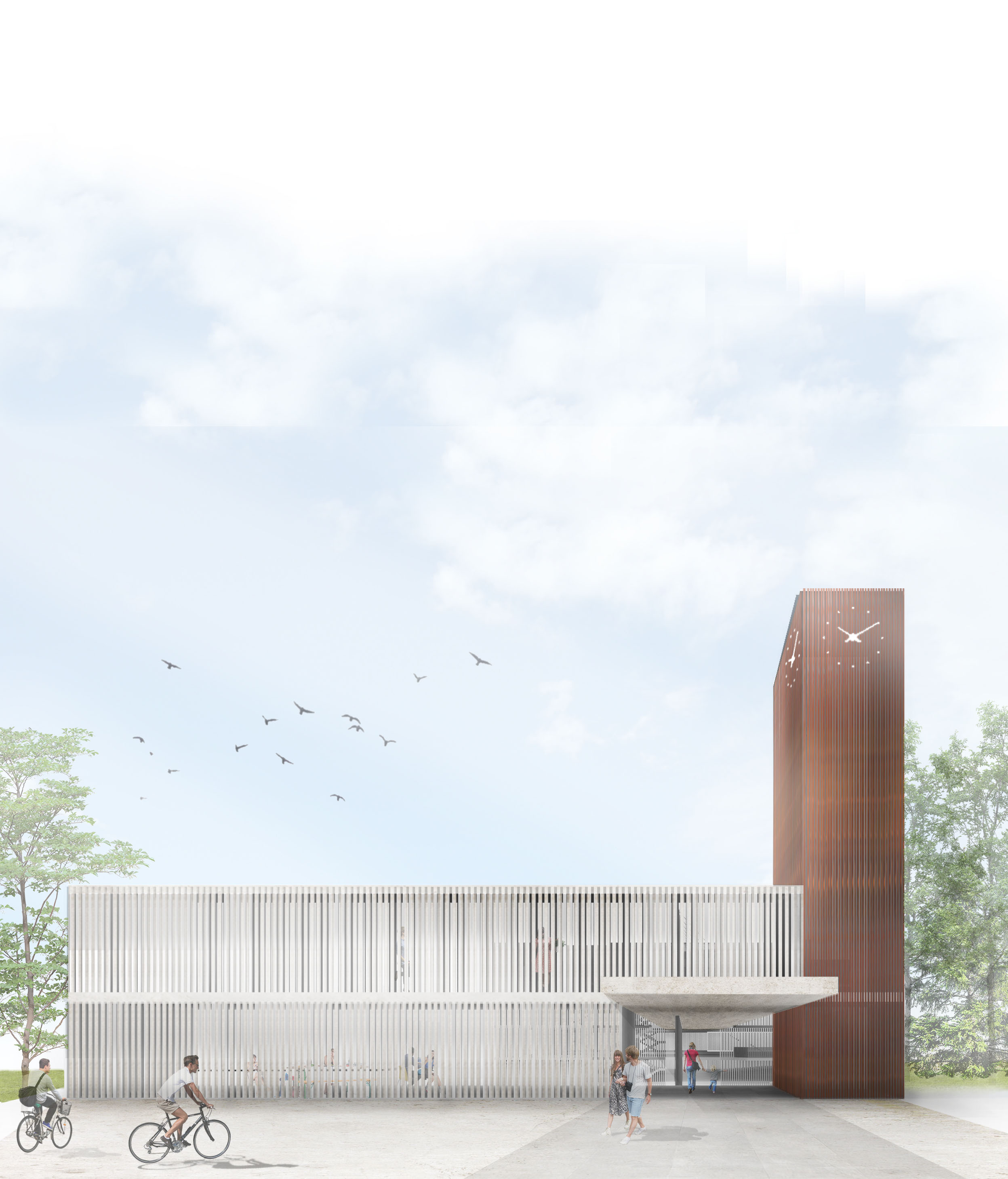 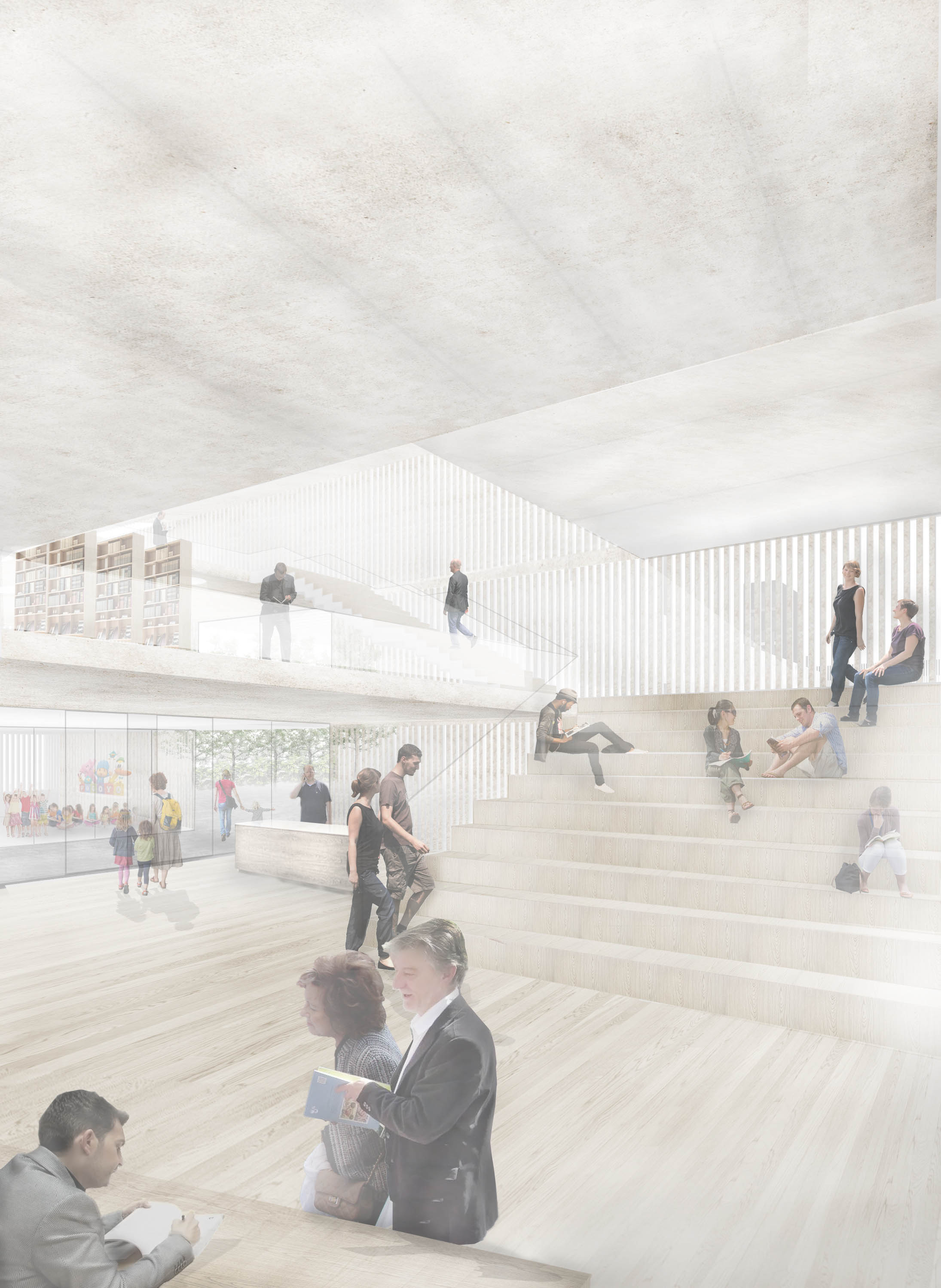 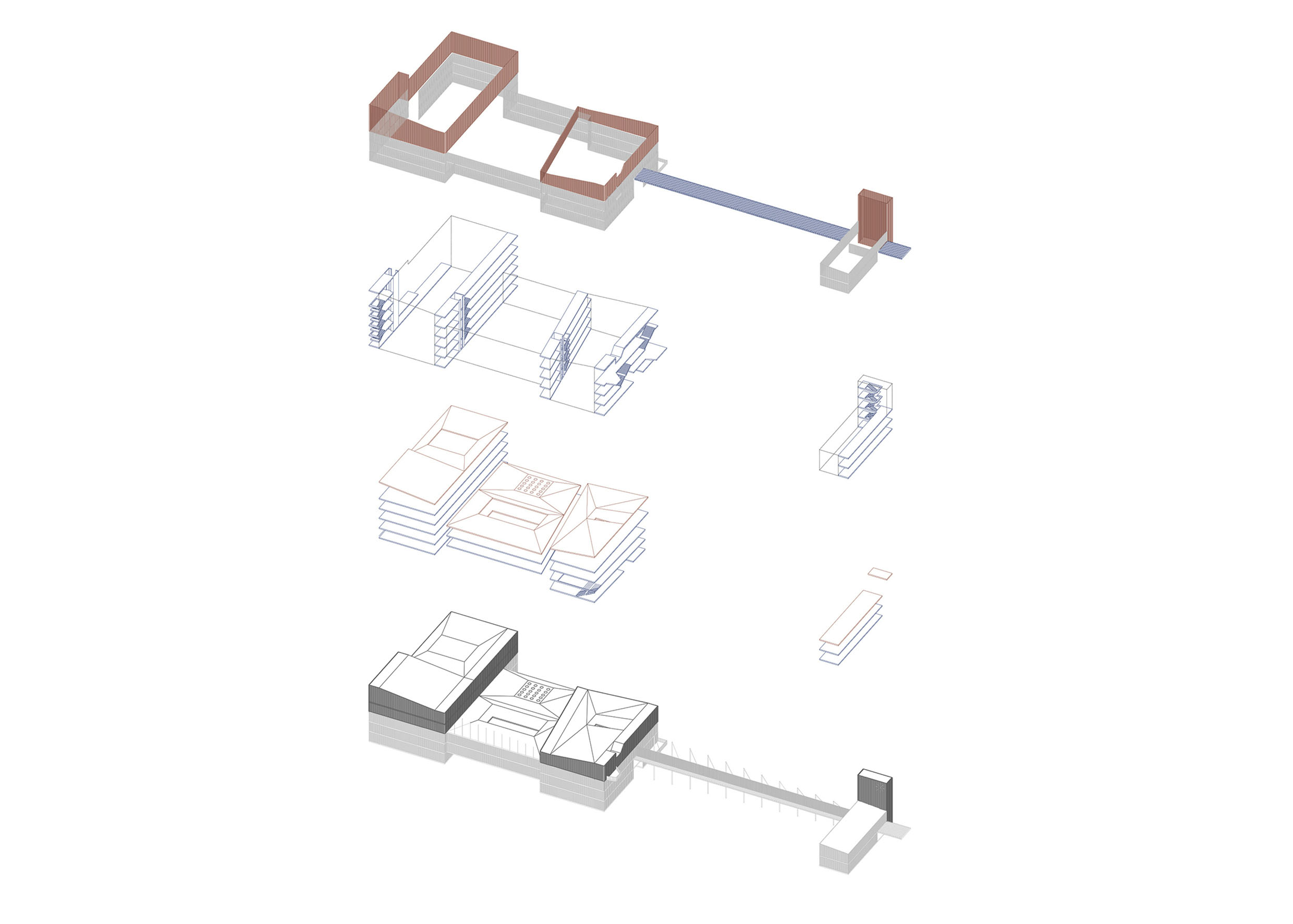 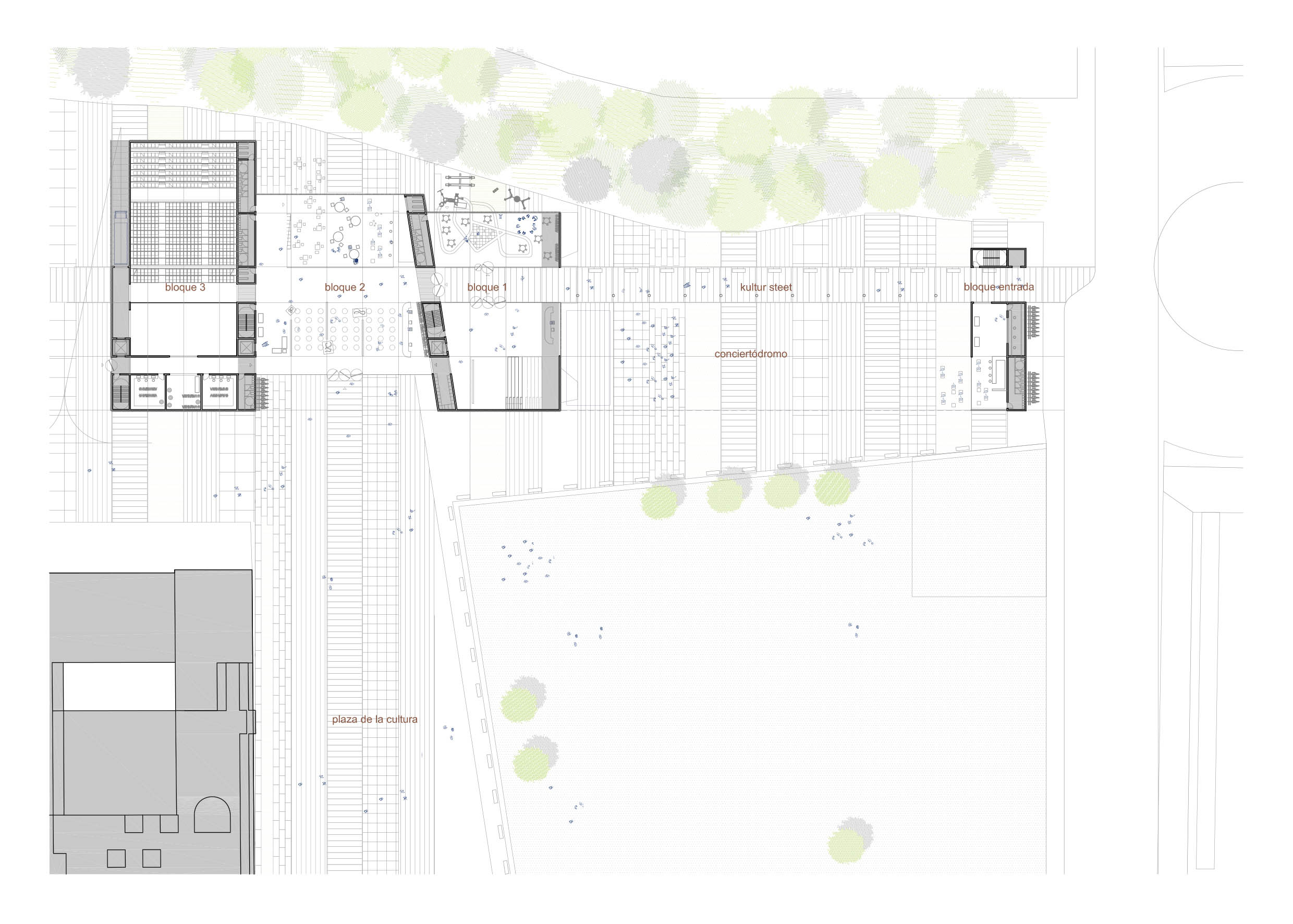 Culture unites peoples while at the same time granting them an identity. Music, dance, literature, plastic arts and architecture cross borders, generating interest beyond the time and space in which they were created. Far is the time when culture was the heritage of religious and political elites. Culture today has been democratized and is participative. Contemporary artistic creations evidence this, initiating the viewer to collaboration. Our proposal Kultur Street wants to offer culture as something belonging to everyone, as natural and accessible as the street, a public space that invites to participate.

The Ecocity of Sarriguren is one of the most interesting urban proposals of the last decades. His architectural identity is extremely modern, and his ecology is very high. In its landscape the orthogonal plot and the horizontality of the building predominate. However, its plastic abstraction does not radiate the architectural identity of the people of Navarre. There are some exceptions that break with the horizontal monotony of the cornices, like the houses and the desacralized church of the old town, recently re-urbanized, and consolidated.

In the search for an architectural identity, our proposal recalls the plastic power of Jauregia Tower  in Donamaría or Jauregizar Palace in Arraioz. Its elegance and austerity emerge with strength the landscape from the fifteenth century, with two unique materials: stone and wood. The stone extracted in the nearby quarries, makes the base for the first plants. The wood stars in the upper floors creating a wooden fortification or bulwark.

Our proposal aims to reinterpret this architectural typology, connecting with its dual materiality the abstraction of the modern clean slate, omnipresent in Sarriguren, connecting it with the last redoubt of history, represented by the four buildings of the original town.

The project is perceived as a large house, form by autonomous functional blocks, connected by a street (Kultur Street) open to all inhabitants of Valle de Eguës. On the one hand, we find an access Pavilion, on the other the cultural center, divided into three blocks. Both connected by the Kultur Street. The first block contains the Children’s Zone and Library, the second block the entrance hall, exhibition hall and several workshops. Finally, the third block houses the auditorium, rehearsal and multipurpose rooms and administration. Among the programmatic blocks, 5 server bands are projected, where the vertical cores and server elements are found. One of the bands turns to extend the pedestrian path that arrives from the park to the entrance hall and the rest of the bands connect the blocks to each other, offering infinity of functional possibilities.