The first works by  Peter Eisenman since his Ph.D The Formal Basis of Modern Architecture, to the chronomorphologic coherence of his first Houses at the end of the 60´s and 70´s introduce the idea of time as an active matter into architecture. The evolution of his thinking , with the international influences of historical time in the IAUS and Oppositions, with figures such as John Hedjuk, Manfredo Tafuri and Aldo Rossi, unfolded in the complex time of the Cannaregio proposal in 1978. http://masterproyectos.com/josean-ruiz-esquiroz-unfolding-time/ 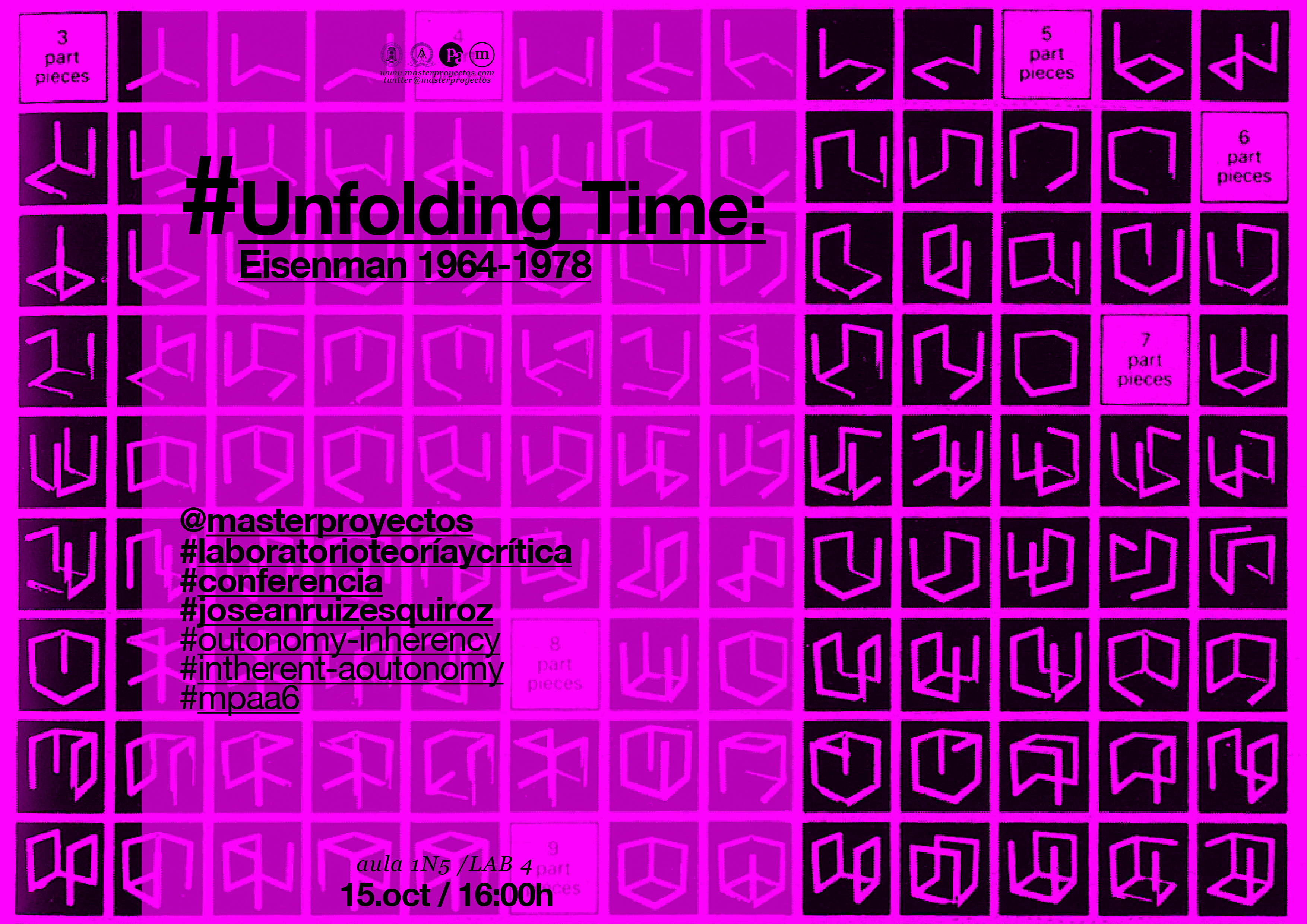