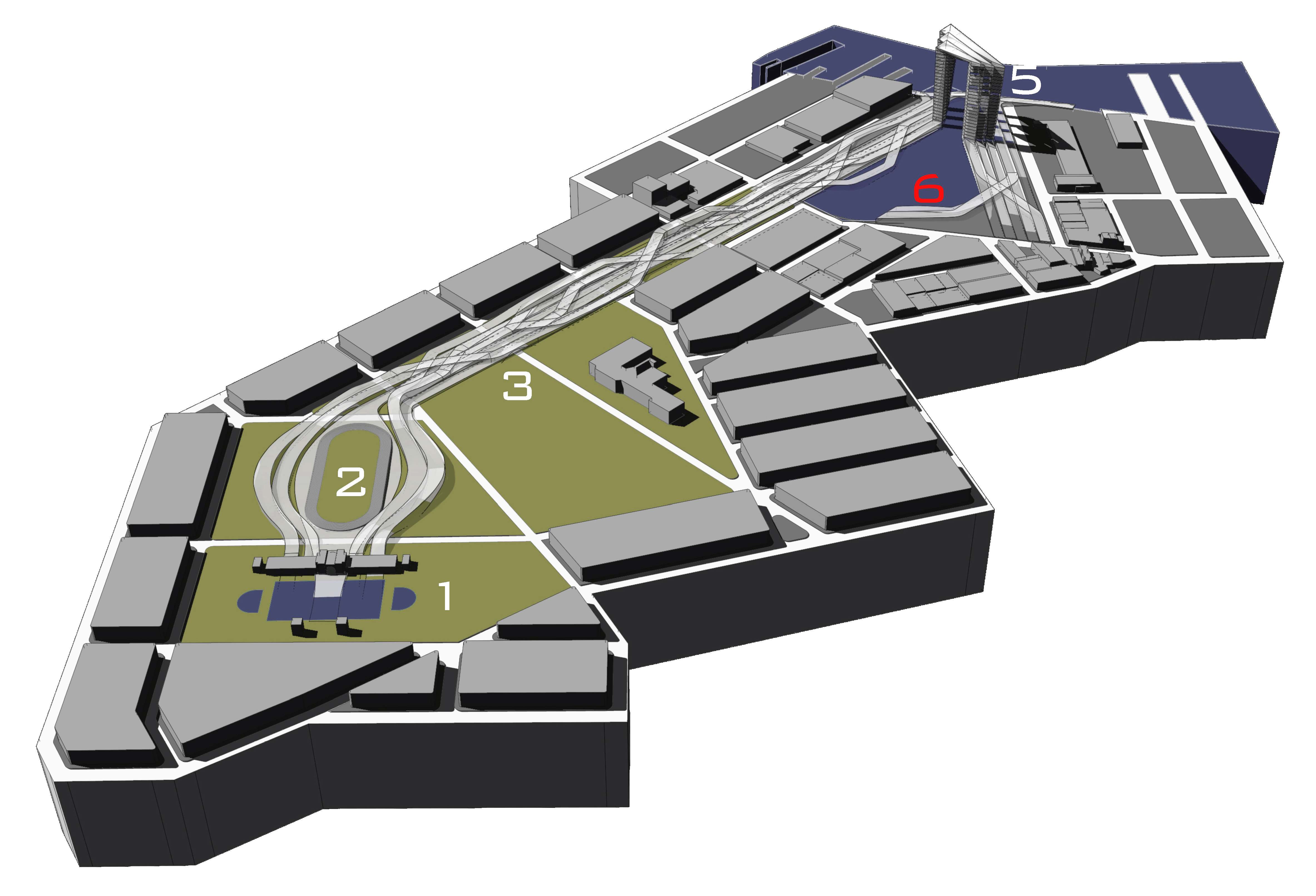 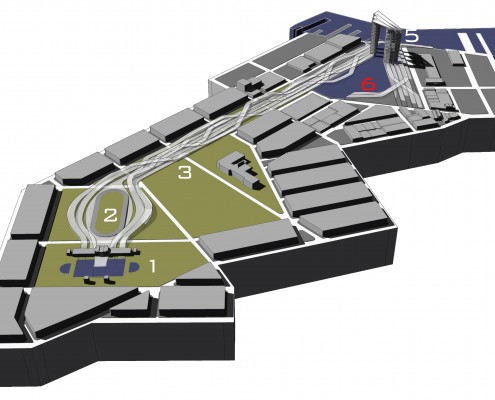 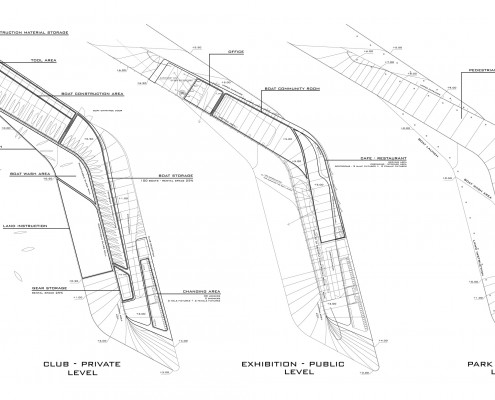 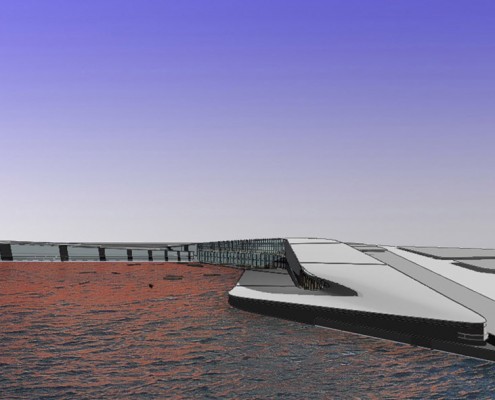 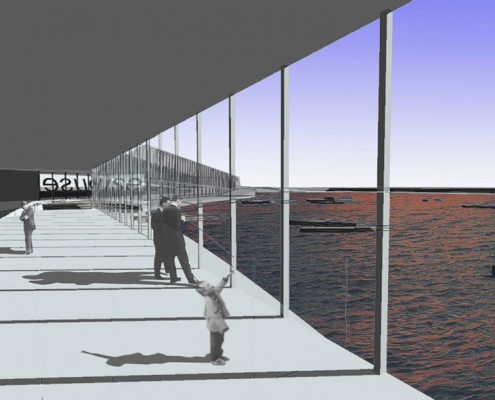 This proposal reaches beyond a formal resolution of the Boat House and asks to be read as a strategy for regenerating the area based on the creation of an urban strip that connects two water sport facilities, The McCarren Pool and The Boat House, with two park spaces, The Bushwick Inlet and the McCarren Park. Through this urban strip new programs could be generated in relation to the water and the park such as sports, public institutions, neighborhood activities, commerce, etc. In this way, the proposal creates a public topography with multiple programs that interact below the roof level.

In this strip we differentiated six zones spanning from the pool to the Boat House:

1. The McCarren Pool : Opened in 1936, it was one of the largest pools in the world, with a capacity of 6800 simultaneous swimmers and the size of 3 Olympic pools. The proposal intends to recover the splendor of this pool. Thus, The Pool and The Boathouse confront each other on the ends of the urban strip acting as magnetic poles which interchange programmatic flows.

3. One Block Strip : The depth of one existing block, 200 feet, is divided to generate five strings capable of embodying multiple programs. These strings move up and down, they cross each other and bifurcate to create multiple paths and entry points for programmatic insertions.

4. The Landmark : Meanwhile, at the pool end, the strip arrives on axis and plunges straight into the water, while at the Inlet it surrounds the water on a tangent Through this movement, three of the strings fold vertically to create an architectural landmark which situates the strip in such a way that it creates a visual relationship with both Brooklyn and Manhattan, while at the same time it establishes a doorway to the Boat’s Users into the Inlet.

5. The Bridge-Waterfront: Two strings of the strip are used in the Inlet zone for ground level connections. One of them continues the future riverfront boardwalk into the strip. The other becomes a bridge that connects the two sides of the Inlet for pedestrians, runners and cyclists.

6. The Boat House :The end of the strip is located at the north side of the Inlet. One of the five strings becomes the Boat House building. The string goes down to the water creating a launch zone for the boats. The other strings come down, dissolving into the pavement and creating an access plaza to the Boat House and to the Strip.