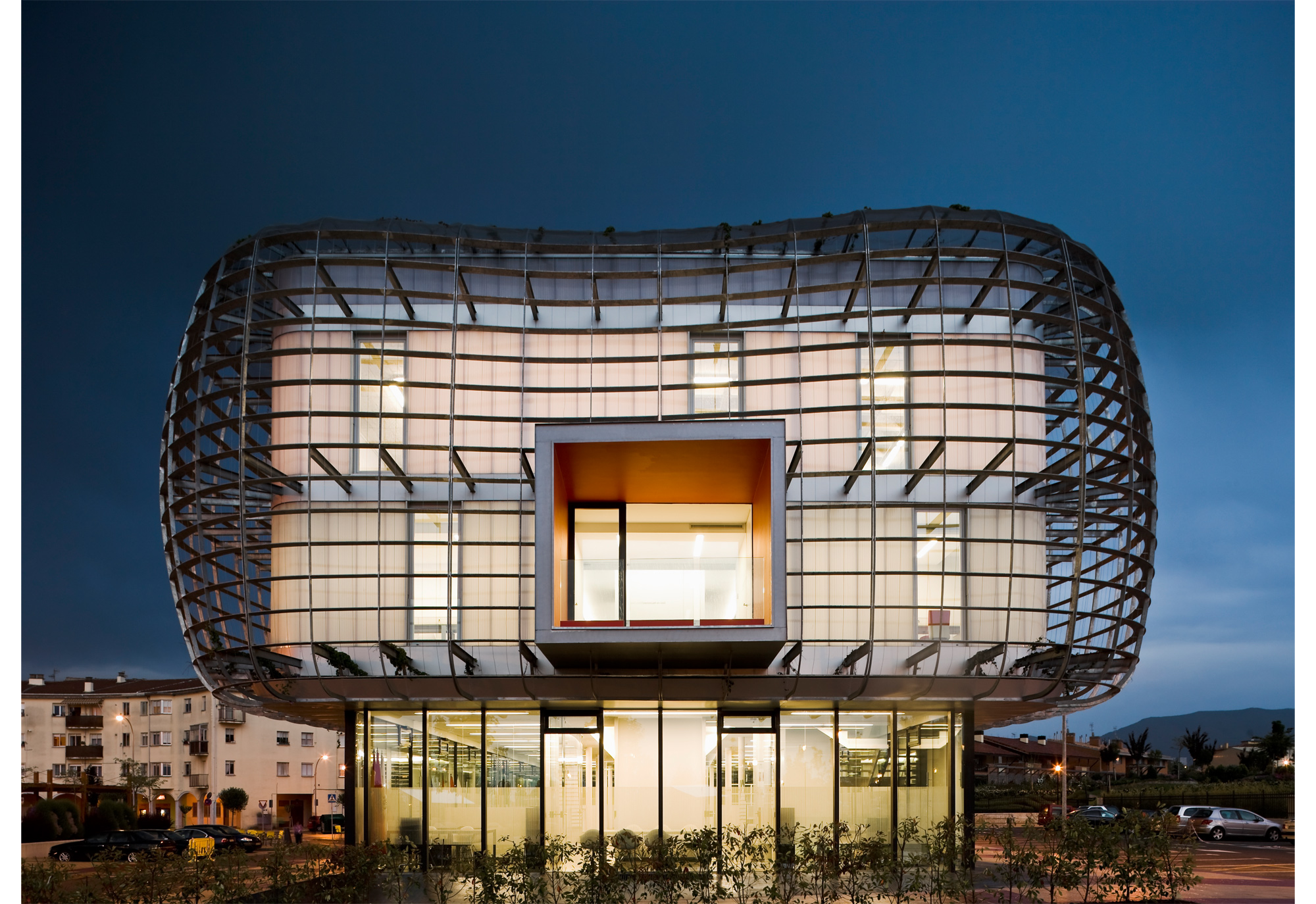 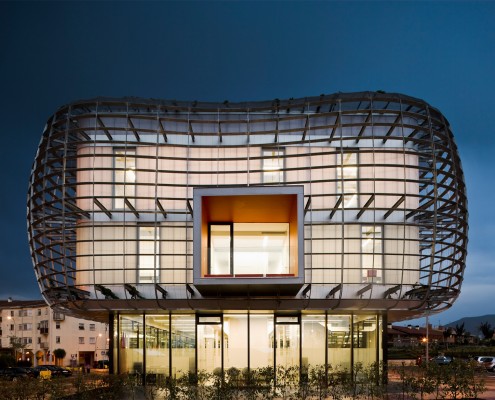 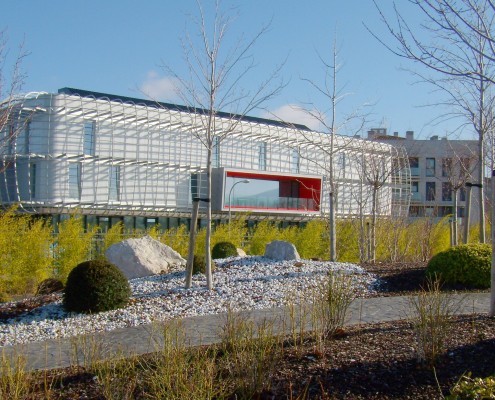 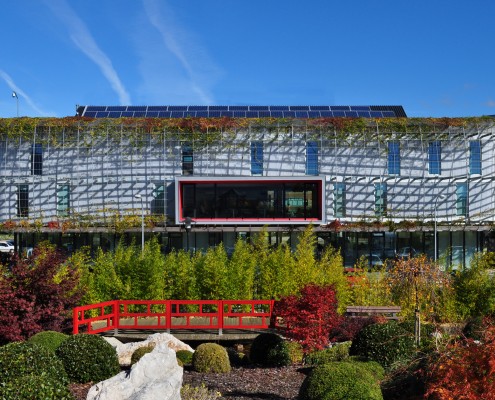 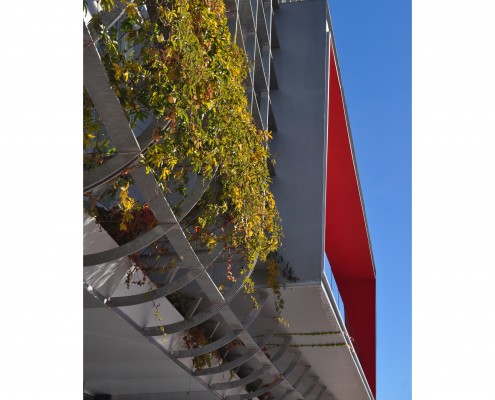 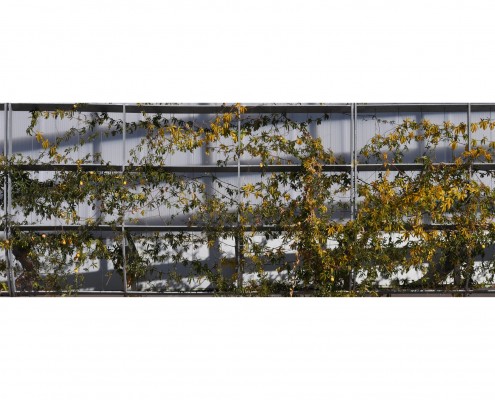 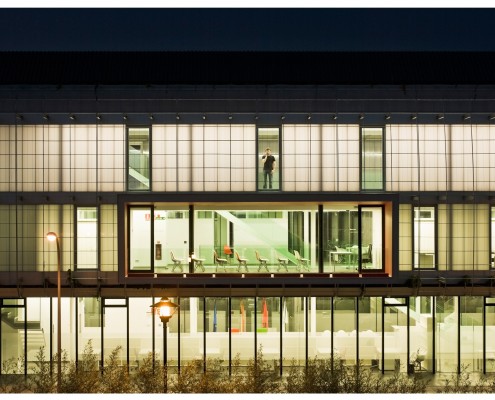 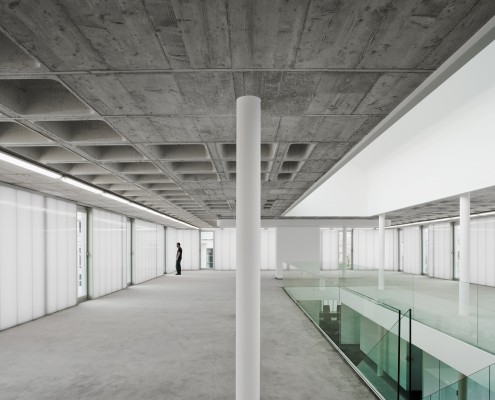 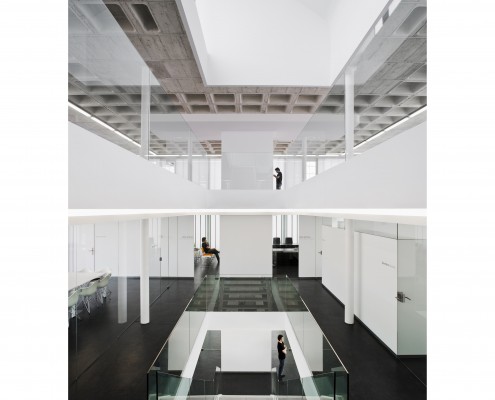 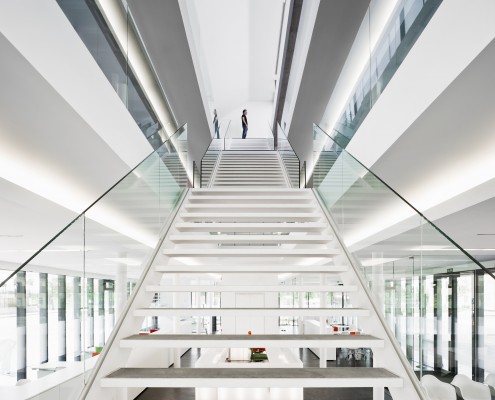 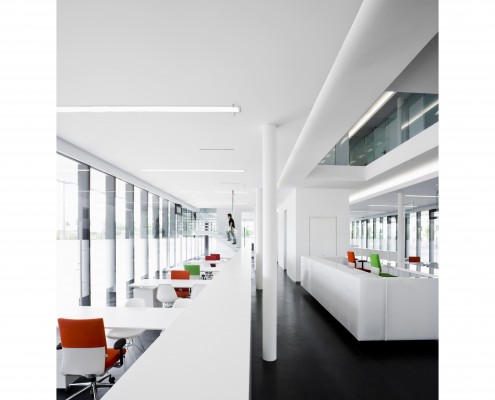 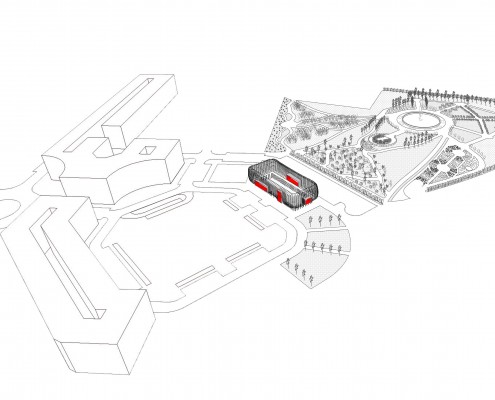 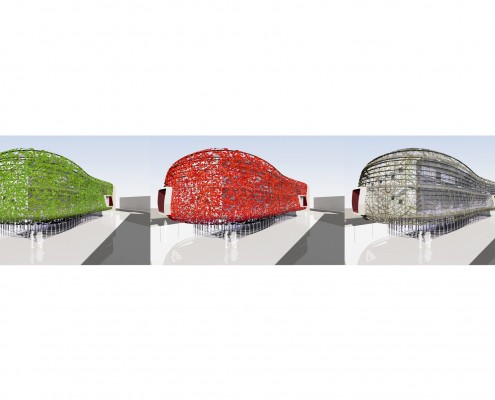 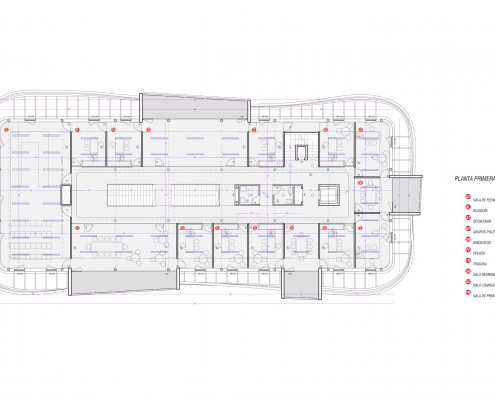 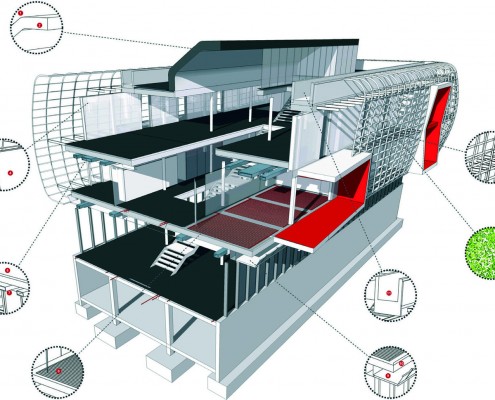 Traditionally, the City Hall had a noticeable institutional character and its presence was severe and somewhat hieratic. As time went by, it began to lodge other functions and become a place of meeting for the citizens. As a result, its image became smoother, and thus the architecture reacted becoming more pleasant. Now, in the beginning of the XXI century, the City Hall is transforming into a model of interaction with the environment by implementing mechanisms in the face of increasing energetic challenges that our society can no longer deny.

The location of the building displays a conflict between two landscapes: at one side, the urban fabric and a tough and desolated square; and to the other side, the natural environment, facing a park that grows towards the south. The square and the park turn their backs to each other, separated by an asphalt belt.

The new City Hall serves as a mediating agent for both landscapes, dissolving their limits and therefore becoming a built hybrid that assimilates these opposing characters. This will produce a zone of osmosis between the building and the place, not mimesis nor radical rupture, but an infiltration that settles a common agreement.

The building is made up through a superposition of membranes. The inner layer, with a strict geometry, is formed by a double translucent skin separated by an air chamber. It guarantees the decrease of the energy and lighting consumption.
The external membrane is a metallic latticework with an organic form where vegetation will grow producing a “cloud” that will change its density and colors throughout the year.

The vegetal canvas is composed by the Virginia creeper (Veitchii), which climbs and covers the facade during the summer, protecting the building from the solar radiation and also serving as a refreshing device. During the fall, it acquires spectacular red shades and in the winter, due to its deciduous leafs, lets sunlight pass and heats the double inner skin.

The Virginia creeper does not take root in the soil but rather in a building that paradoxically sinks more than seventy meters deep in the ground to obtain enough geothermal energy to supply the heating and refrigeration needs.
After a rigorous study of the energetic behavior with powerful digital analytical tools, the building received an outstanding A level qualification with a reduction of power consumption of 60%.

Thus the building will be perceived as a landscape that changes, displaying the course of days and seasons. In summary, it acts as an index of the everyday life and the yearly cycles of the Noain citizens.

Social housing for mine workers
Scroll to top