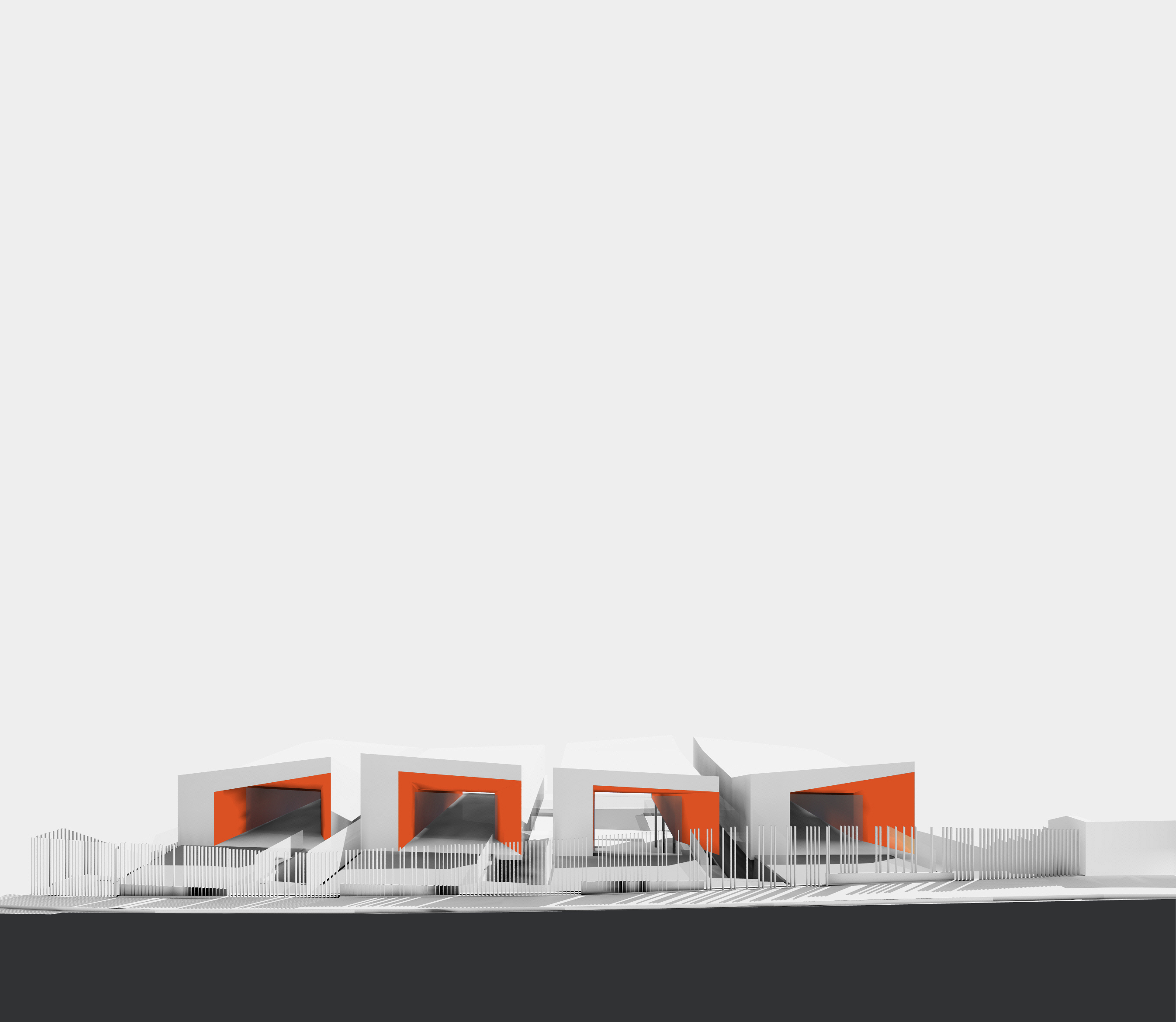 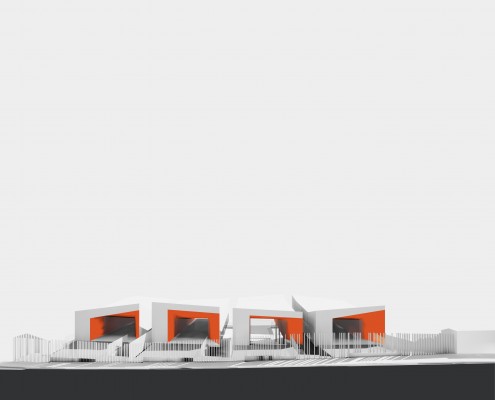 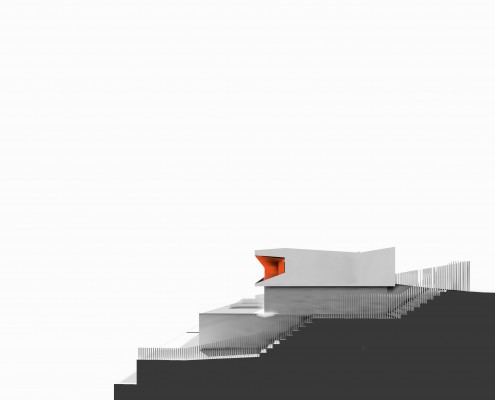 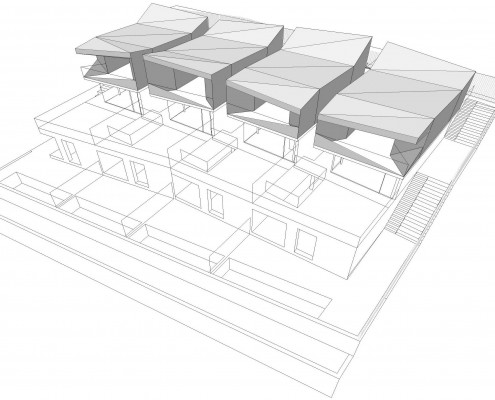 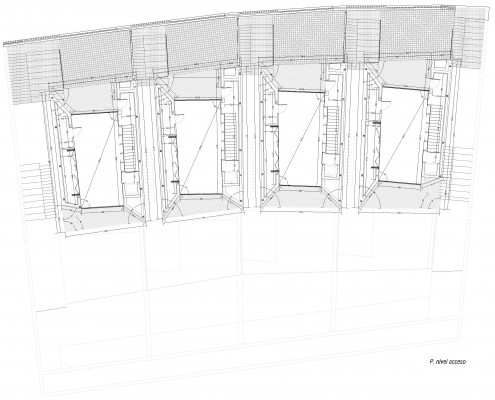 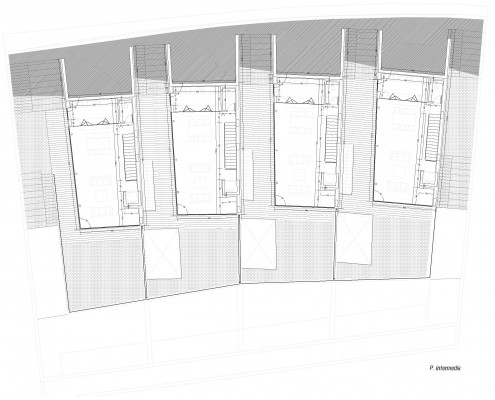 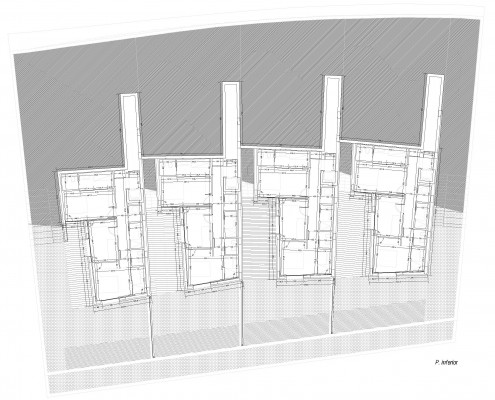 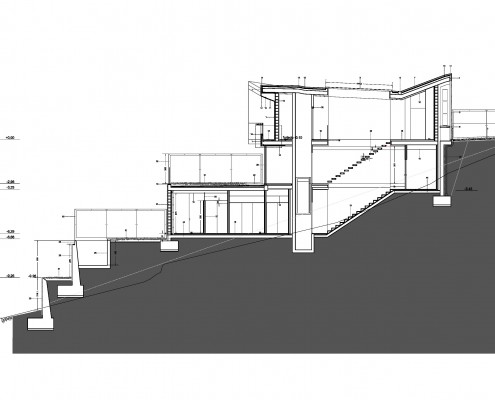 The project proposes four dwellings in Tabaiba Alta, in the volcanic island of Tenerife. To explain their formation, we use the Pythagorean tetraktys sequence.
One Landscape: it is a unified project which consists on several houses whose morphogenetic rules do not involve serial repetition, but a continuous landscape. The geometry emerge from lines of force, that the volumes of the upper level use to align their shape. All of them generate a crystallographic a landscape that overlooks the hillside, in dialogue with the sea.
Two Horizons: the protagonist of the landscape is the existing horizon of the sea. The project frames it constantly and creates a second horizon, with the lamina of water overflowing the pools located in the lower level.
Three Terraces: The slope of the hill is very high. The houses will adapt to it by sliding three horizontal planes with their own terraces. The access is located at the higher lever, and privacy increases as we move down the slope.
Four Dwellings: The programs are distributed according to their privacy degree. Upstairs, there are the access and a colonized space which could become a professional office. The middle level contains the public spaces of the house, which are open into the landscape through a continuous glass enclosure. At the lowest level the more intimate spaces are carved, three bedrooms and two bathrooms per house, connected by a courtyard with the lower garden, which contains the double horizon.
Social housing for mine workers